Study of the public's understanding of CARES Act reveals confusion 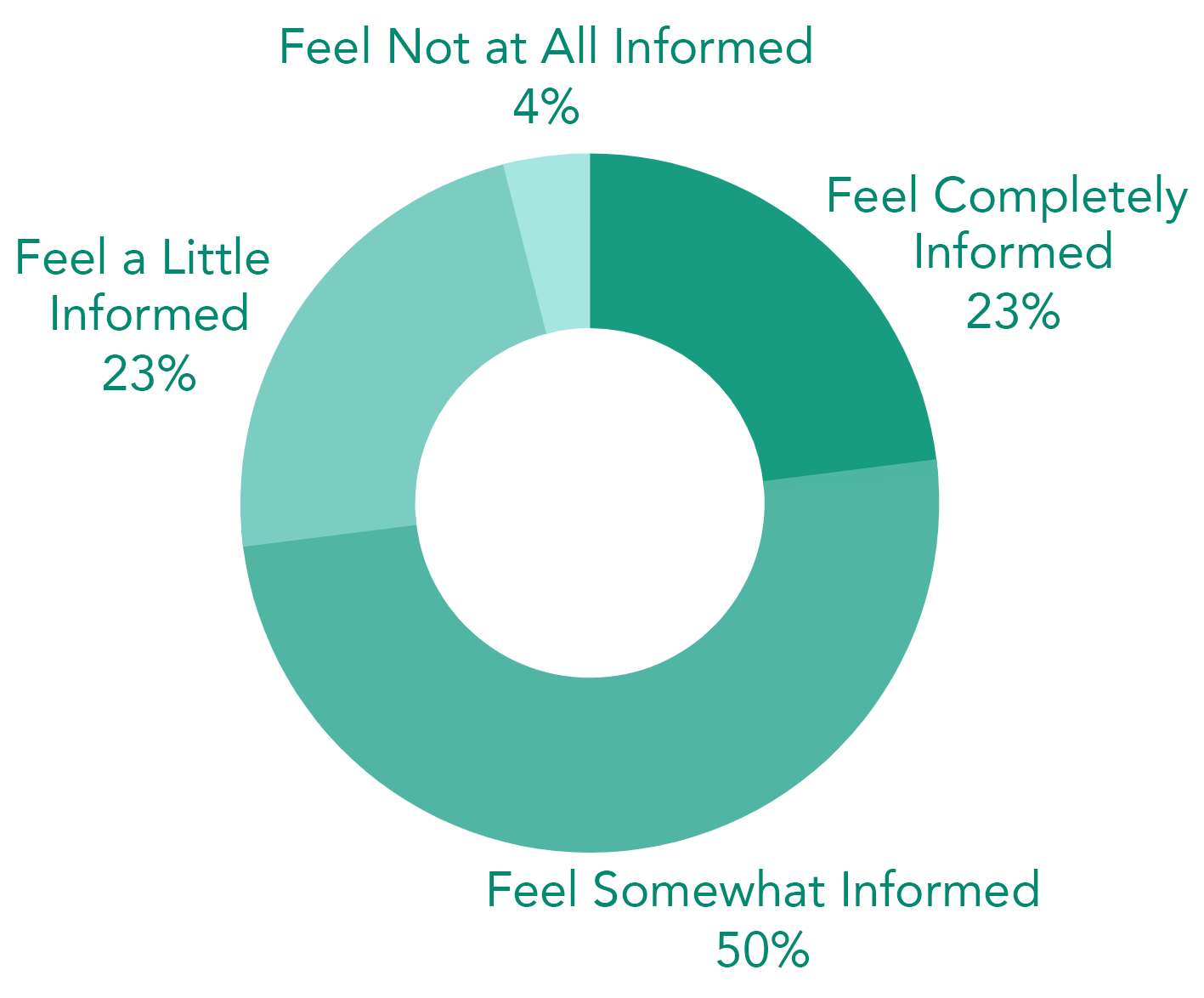 73% of US adults feel informed about the details of the economic impact payment, yet many questions abound.

Research conducted from April 1-3 on Bellomy’s SmartLAB panel among 710 adults nationwide reveals that, while most people feel informed about the coronavirus stimulus payments to be sent beginning this month, there is some confusion regarding the details of the distribution.

Nearly all of those surveyed (94%) are aware of the Coronavirus Aid, Relief and Economic Security (CARES) Act and have a basic understanding that qualified taxpayers will receive an economic impact payment. Further, the majority (68%) expect to receive their payment sometime this month, which is consistent with information provided by the US Treasury Secretary, Steve Mnuchin, and repeated on most major media outlets and the irs.gov website. According to most recent reports, Secretary Mnuchin has indicated that taxpayers and social security recipients who have previously provided their direct deposit information to the IRS should receive payments in about two weeks.

A deeper dive into the survey results also revealed other insights, which can be categorized into three buckets.

Is the check considered taxable income?

More evidence of confusion arises around the payout amount and other details. Despite 73% saying that they feel at least somewhat informed about the CARES Act stimulus payments, many expressed confusion about whether or not the payment needs to be claimed as income on 2020 taxes or if it is a “loan” that needs to be repaid. These concerns have some people reluctant to accept the check or suspicious of the government’s intentions, so more clarity around the fact that this is a “no-strings-attached” payment could alleviate some of these concerns.

Confusion around the 5 Ws

Many comments were directed towards one or all of the classic Five Ws:

Many theories and conspiracies abound among people who feel the stimulus checks are too good to be true or that they are benefitting the wealthy.

Additionally, comments were often stated as facts that are actually misperceptions about the CARES Act, such as one respondent who commented: “Not sure why they picked an income level of below $75,000 to receive the checks. If someone makes one dollar more than $75,000 they get nothing. They should have a tiered system.”

Given that one aspect of the payment is that individual taxpayers who make $75,000 get the full amount while those making up to $99,000 get a partial payout plus extra for dependents, there is clearly some confusion even among those who think they understand.

Finally, there is evidence of many who are skeptical or unsure but are fine just waiting to see what happens and thankful that they might receive some extra help from the government. These individuals say they will be fine either way but understand if they do not qualify. This feedback sums up the group sentiment: “I'll just wait and see what I get from the government — if and when it comes it will be nice but if not I totally understand.”

Overall, this research points to common awareness of the CARES Act among taxpayers, but confusion on the details. While most people believe they will probably receive a payment at some point, it is not clear when, how much, or if any action is needed on their part.