Finding joy: Using an emotional model to get more from text analytics

Neuroscience tells us that every decision on the path-to-purchase involves emotion. Yet, emotions remain one of the hardest things to discern when it comes to what people say and do.

Given the broad range of sentiments and ebbing intensity levels, navigating through emotions can get overwhelming. What's a researcher to do?

Applying an emotional model to text analytics can standardize emotions and identify intensity, allowing us to uncover the underlying sentiments that drive those written or verbal survey responses. 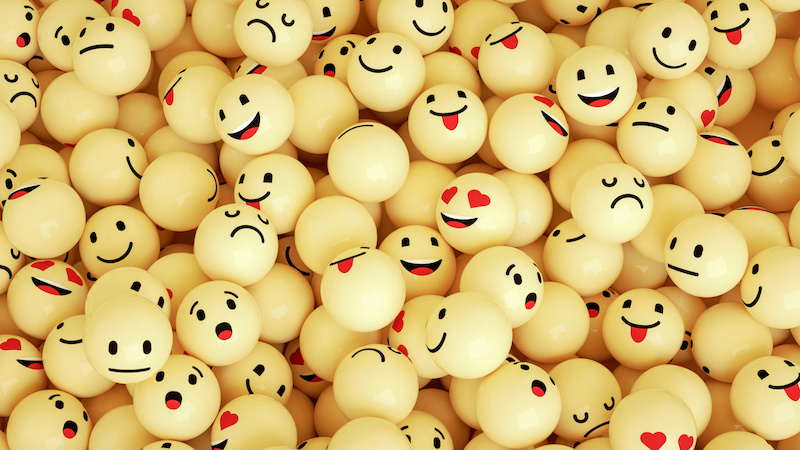 Verbal or written responses to open-ended survey questions generally cover many positive or negative sentiments. At times, they may even convey mixed emotions or neutral feelings. And throughout a verbatim, answers may indicate the respondent is feeling two or three primary emotions, each with a different intensity level.

Emotions are responses to what we see or feel, and we respond through verbal expression or physical reaction. The responses are immediate, but emotional intensity can grow or diminish over time. Companies and brands must recognize intensity quickly and easily — before these feelings escalate.

We can sit and read through customer comments, analyzing them and sorting them manually. However, we can standardize and accelerate the process by using text analytics and an emotion wheel. Instead of taking the time and resources to sift through text, technology bears the burden of assessing comments based on keywords and matching them to the expressed emotions.

Emotions are complex — computers and even humans can misinterpret them. We know that the text analytics process is not 100% accurate, but it provides a quick and easy method for identifying comments that may point to issues or praise. In either case, it exposes an actionable insight that someone can use to drive improvements to products, services, or customer experiences.

Unstructured data is complex and so are the tools used to analyze it. Make sure you’re not falling for one of these five common text analytics misconceptions — but here's what to do about it if you are.

How to standardize emotions for research

There are several emotional models out there. The most common is the Wheel of Emotions, created by psychologist Robert Plutchik, which is the base for our emotional modeling.

Plutchik states that there are eight basic emotions: joy, trust, fear, surprise, sadness, disgust, anger, and anticipation. These emotions relate to each other and each reflects a direct opposite of another emotion in the set. More often than not, emotions will easily slide from one to the next. Thinking of emotions within this framework helps clarify and define them.

The emotional model starts with the eight basic or primary emotions and defines their opposites.

The intensity of a given emotion can range from low to high, with the primary emotion considered mid-line. The intensity range is fluid. Being annoyed with something can quickly shift to anger and increase to rage if that annoyance is left unchecked. Having words associated with the low and high intensity level emotions helps us understand the different emotions, how they relate to one another, and how they tend to change over time.

Read these comments that customers might provide to a company. Think about the emotion and intensity expressed in each statement, then select where you'd place it on the emotional wheel.

If you tried to match emotions to comments, think about how long it took you to decide on your answer. Even if you didn't hesitate, would you want to spend your time considering each comment?

The combination of emotional modeling and text analytics gives us an efficient method for analyzing hundreds or thousands of responses. Bellomy has developed a proprietary emotional model for text-analytics that goes beyond mere sentiment and pinpoints emotions in everyday conversations — from emails to social media to phone calls. Contact us to get started exposing the actionable insights hidden among your survey responses and consumer feedback.