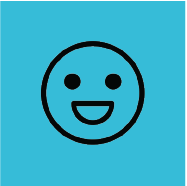 This group reports very few changes to daily life and are less concerned about the pandemic than other consumer groups.

This group has been less impacted and may have already been performing some of these activities more than other groups. For example, more than half indicate they are not cooking more than usual, likely because they were already doing so. They are less concerned about economic impacts and less likely to change their spending, perhaps because their budgets were already focused on necessities. Most feel that their activities and habits will go back to normal.

Many are not changing behaviors unless forced to.

Nearly one-third are from the Midwest, so they may be more insulated from COVID-19 than other groups. One-fifth are homemakers, with the highest number of children in the household, and are also most likely to be divorced (15%). However, they have only moderate incomes to support their families (52% earning $50K to under $100K).

You've met "business as usual," now get to know the other segments 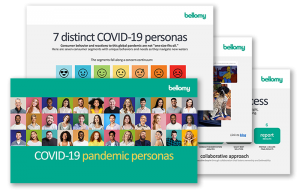 Get the pandemic personas at your fingertips

Download our PDF for insight on the seven segments of consumers we identified based on their reactions to the COVID-19 pandemic. Get a detailed breakdown of the segment profiles and learn more about how consumers' attitudes and behaviors have shifted since March.